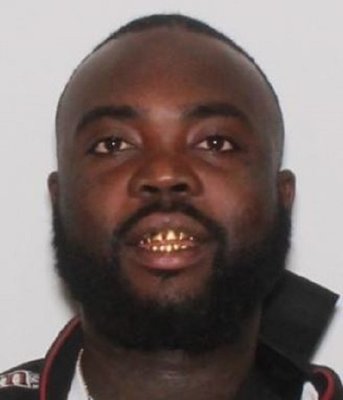 Sheriff Mike Chitwood has announced the Volusia Sheriff’s Office is offering a $1,000 reward for information leading to the arrest of this suspect.

Volusia sheriff’s detectives are seeking the public’s help to locate a male suspect wanted for attempted first-degree murder in an April shooting that occurred in Port Orange.

Conrad Massey, 28 (DOB 8/5/1991), also known as Gold Mouth, is suspected of shooting the victim following an argument. The victim survived.

Massey also faces charges of possession of a firearm by a convicted felon, conspiracy to traffic in heroin and unlawful use of a two-way communications device to facilitate committing a crime.

Anyone with information about Massey or his whereabouts is urged to contact the Volusia Sheriff’s Eastside Detective Unit by calling (386) 254-1537. Or call our non-emergency number: (386) 248-1777 regarding Volusia Sheriff’s Office case number 20-7287.

To remain anonymous, contact Crime Stoppers of Northeast Florida at 1-888-277-8477 (TIPS), or online at NEFCrimestoppers.com . Tipsters could qualify for a reward of up to $5,000.