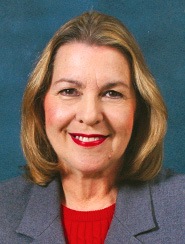 State Senator Dorothy Hukill passed away earlier that day after fighting cervical cancer. Hukill had served as Mayor of Port Orange before going on to serve as a Florida State Representative and State Senator in Tallahassee. She was 72.

“I remember Dorothy as a friend and wonderful public servant,” said Mayor Donald Burnette to start the meeting. “She was mayor of Port Orange long before the state house and senate, and no matter how far she was from home, this was always home to her. And now she’s officially home. Our hearts and prayers go out to her family.”

Later in the meeting, Burnette paused again to offer each Council member the chance to speak individually about Hukill and the impact she had on them directly.

“Today is a sad day, and her time with us went awful quick,” said Tramont. “I am forever grateful for her friendship. She was never a phone call away; never too far from Port Orange. She served with honor and dignity.”

Councilman Bob Ford honored his friendship with Hukill that spanned more than three decades of public and private life.

“I met Dorothy 30 years ago in Ponce Inlet and became friends, and it was a friendship that lasted that 30 years,” said Ford. “I was police chief when she was mayor, and she was a particularly good friend to police and fire at that time. She cared about our city and was a model public servant.”

The accolades and memories continued as Councilman Scott Stiltner recalled her impact on Port Orange.

“We could talk all night and not do justice to Dorothy. We lost a champion of this community,” Stiltner said. “She was a fierce fighter for the community. On my early trips to Tallahassee in a police role I would approach leaders and they would say, ‘We know why you’re here, Dorothy already called us.’ To say she was unique doesn’t capture it. I would call her to get her thoughts and unless you’re prepared to hear her opinion you knew not to ask. Those conversations were very special. If I called, she answered. She served this community well, and I’m a better person for having known her.”

Burnette was the last to speak, as Councilman Drew Bastian was absent, serving city interests at a conference elsewhere in the state. Burnette recounted the friendly teasing that would occur between Hukill and Bastian.

“We lost a dear friend today, but the community lost more,” said Burnette. “I can tell you about the interesting relationship Drew (Bastian) and Dorothy had. He would sneak into her office in Tallahassee when she wasn’t there and take pictures seated behind her desk and send them to her, and she got him back earlier this year when she came to speak at a Council meeting and got here before the meeting started. We all entered the room to find Dorothy seated in Drew’s chair. That’s how I’ll remember her.”

A private family funeral will be held, with a public service to be held at a date to be announced later. The family asked that in lieu of flowers, donations be made to the Halifax Health Hospice facility in Port Orange.