Judge Deciding Whether Yorktowne Permit was a Mistake

Port Orange, FL - The Yorktowne Extension has been a heavily contested subject in Port Orange and currently an administrative law judge is deciding whether the extension will be allowed. 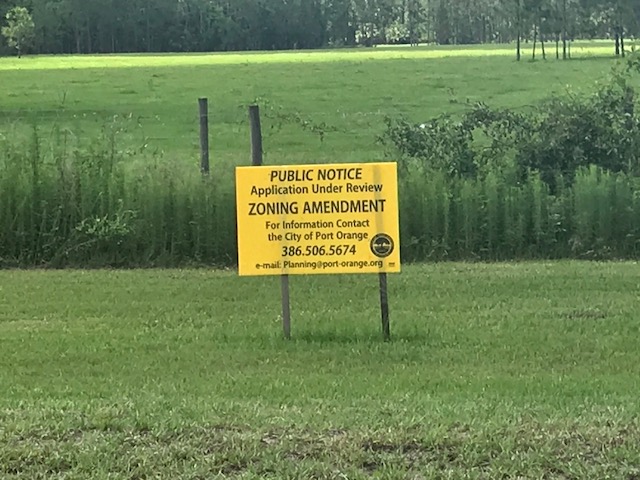 The judge, Francine Ffolkes, will rule, within the next month, whether the St. Johns River Water Management District made a mistake when they granted a permit to the city to build the 1,500-foot road, estimated at $2.5 million.

The extension has been worked on for over a year by the city, but plans to connect Yorktowne directly to Willow Run have been in the works since 2006. The reason the city wants to build the full extension is to relieve Dunlawton Avenue/Interstate 95 interchange’s traffic congestion.

Local residents have created the Sweetwater Coalition of Volusia County in order to fight the extension because they believe it would cause flooding and negatively impact their community. They’re worried it will negatively affect the Spruce Creek water basin by further stressing it.

The ruling won’t be for another month but residents are awaiting the decision to see if the extension permit will be revoked or not.

Against the Yorktown/Wiilowrun extension
Please we don?t need nor say this to go through . It will not only effect the water issue but also distroy the quiet neighborhoods it will effect . Put the monies on a sound barrier wall along Yorktown and 95 . It is a complete negative plan Thank you
Author: / Sat, Jul 14, 2018 at 12:06PM
Add A Comment