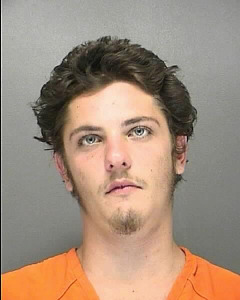 Port Orange, FL - A 23-year-old Port Orange man was sentenced Friday to 45 years in prison for a crime he committed as a teenager.

Brooks was the boyfriend of Reitzel’s mother, and supposedly had an argument with the teen in their Port Orange home.

At the time of the incident, police reported the mother, Donna Reitzel, had told her son Brooks had struck her.

A verbal argument ensued between the two men. Reitzel told police he had grabbed a knife, exited the home, and stabbed a tire on a car in the driveway before returning inside to the home where a physical altercation occurred.

Brooks was found unresponsive in the home and taken to a hospital where he later died.