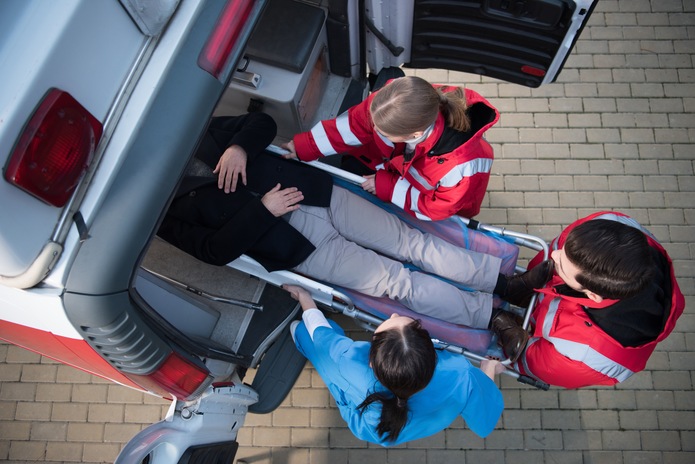 Port Orange, FL - During a City Council meeting on August 7, 2018 two citizens discussed the ambulance issue that has become a popular topic in Port Orange in recent weeks, which allowed several City Council members to discuss their thoughts on the issue.

Vice Mayor Scott Stiltner recounted an incident that occurred last Thursday, August 2nd he felt was an example of why the city should be focused on this issue. There are no ambulances available in Port Orange which means the fire department responds to medical calls, and once they’re on the scene they are not authorized to leave the patient.

On August 2nd, there was a Basic Life Support (BLS) medical call placed and the Port Orange fire dept. responded, but while on the scene another serious medical call was received. Unfortunately, first responders couldn’t leave the initial BLS call, so an ambulance from South Daytona responded to the second emergency call. The South Daytona station is located on the north end towards Daytona Beach. Sadly, the second patient went into full cardiac arrest and, despite South Daytona’s ambulance’s best efforts, the person passed away. Councilman Drew Bastian said the first call was a non-life threatening call.

Stiltner says it’s still hard to speculate whether a closer evac ambulance, or an ambulance in Port Orange, would have made a difference in this situation. He suggested Port Orange keep the issue of an ambulance at the forefront because this is a problem that occurs more than just once a year. It happens too frequently in his opinion. He added that he sent emails to other county officials to notify them of this problem.

In response to Stiltner Councilman Bob Ford said, “Being in policing, I learned a lot about response time and... I learned you can never have enough, and at some point.. you have to come to the decision of what a reasonable response time is.” Ford also stated communities and first responders must come to terms with the fact they can’t respond immediately to every call otherwise cities would go bankrupt.

Ford raised the point there’s a national standard of a response time, which is about nine minutes. He believes the ambulance is a costly issue and the decision needs to be made on facts, so he’s challenged the county to provide data on Port Orange call response times. They’re in the process of providing it and he wants to see how response time measures up.

Ford says double-billing is an important issue to think about because people will be billed for the access to county rescue and transport vehicles and Port Orange’s ambulance. There’s going to be a proposal of a 15% tax increase already, so he believes the ambulance would raise it much higher.

In response to Ford, Bastian said they’ve been asking for good data from the county for years but they haven’t received it. Bastian says he’s tired of waiting for the county to do the right thing.

There’s a workshop at the end of the month that Stiltner believes will be dominated by the subject of the ambulance.