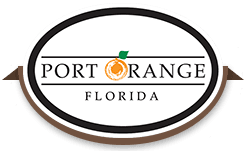 The only thing Council Members seemed to agree upon at Wednesday night’s Special Budget Meeting was that raising taxes is a tough decision.

Ultimately, the vote on the proposed increase to the city’s millage rate was 3-2 in favor of raising the rate, which is a 9.99% hike from the rollback rate.

“These are hard decisions, but when people become accustomed to services and we’re responsible for those services we try to do it at the most reasonable costs,” said District 3 Councilman Drew Bastian. “What we’re doing is the right thing. My obligation to the city is only 12 cents a day, and it’s a total bargain.”

While Bastian and Vice Mayor Scott Stiltner voiced support for the rate increase, Councilmen Chase Tramont and Bob Ford underscored their opposition for the proposed rise.

“We have battled this out, and I remain opposed to the increase,” Tramont said. “I would be amenable to a raise that keeps promises to staff and salaries, but I’m here to represent the people and I have heard an overwhelming unsolicited consistent urging to stop raising taxes.”

Tramont alluded to the main point of contention, purchasing a city owned ambulance, and said the feedback he’s hearing from city residents is that, “they don’t want it, don’t need it, and don’t want to pay for it.”

Ford said his opinion parallels that of Tramont, and that growth is possible without raising taxes.

“We will soon price Port Orange out of people’s pocketbooks,” Ford said. “We do not need to go beyond what we have. We don’t need to subsidize the county’s fire/ambulance. We can’t afford additional items we tagged onto the budget.”

Much like the Council, resident feedback was split as well.

Resident and Former Mayor Allen Green reminded the Council of their responsibility to the residents, and how small decisions can add up to big costs for residents.

“Nickel and dime things add up,” Green said. “It’s tough – everybody wants something for free. Waiving impact fees, permit fees for roofs – it all adds up – let’s be consistent.”

The motion carried with an expected 3-2.