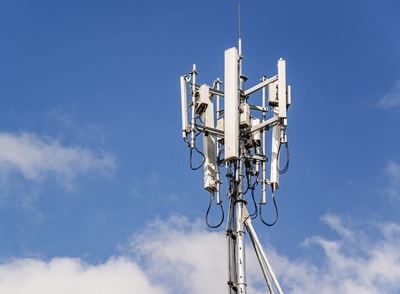 Port Orange, FL - Next week’s City Council meeting will feature an agenda item for the continued retention of legal guidance and services related specifically to Wireless Communication Towers and Facilities in the city.

The Law Offices of Gray Robinson, through the services of Gary Resnick, Esquire, Special Legal Counsel for the City of Port Orange, have been assisting with the land use applications review process and potential code revisions that came to the forefront as a result of the cellular tower AT&T intends to build at 651 Taylor Road in Port Orange.

The City engaged the services in August after it became clear it was not adequately versed in the legalities pertaining to multiple personal wireless communication tower applications submitted to the City during the Summer/Fall 2018. Additional consulting was provided in specifically completing a review of the Taylor Road tower application.

According to supporting documents, “at the time of the applications, the City did not have a Radio Frequency (RF) Engineer that specializes in determining if there is a need within the City for the proposed AT&T communication tower that could not be met by co-locating antennas on existing communication towers or by installing the subject antennas on alternative support structures.”

The code providing the City’s policies for wireless communications towers and land usage had not been updated in two decades. According to the City staff report, the code re-write is anticipated to take Gray Robinson 80-85 hours of work and includes a review of the existing City requirements for personal wireless communications, development of reasonable regulations that are legally enforceable, assistance with preparation of materials for hearings, and attendance at public meetings.

“Currently, Resnick is assisting with the preparation of the ordinance governing private property uses related to wireless communications facilities. Both ordinances are required to regulate wireless communication activities in the City of Port Orange; and have implemented and will implement a local standard consistent with the restrictions imposed by the federal government,” according to the supporting documents submitted for next week’s Council meeting agenda.