Zoning Application Moratorium to Be Introduced at Council Meeting Tonight 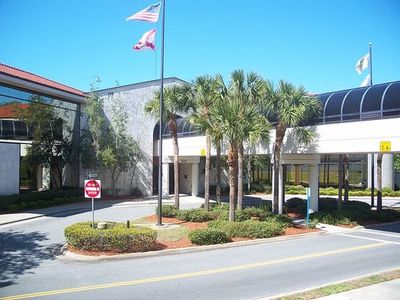 It’s a small line item on tonight’s City Council Meeting agenda, but it could have great ramifications.

The motion is likely in response to public opposition to the proposed Change of Use application that, if approved, would allow the construction of a monopole cellular tower in a largely residential neighborhood.

PortOrangeConnection.com has been covering this issue since the beginning of the controversy and made public the fervent opposition by local residents when the proposed AT&T tower came before the council last month for its consent to use the church-owned land for that purpose.

The motion summary in tonight’s agenda document posted on the City Council website says, “The requested moratorium will allow staff to review the existing City requirements for personal wireless communications as part of an on-going maintenance effort. The personal wireless communications regulations in the Land Development Code have not been comprehensively updated since 1997.”

The ordinance goes on to say “If modifications are needed to maintain reasonable and uniform regulations for personal wireless communications that protect the health, safety and general welfare of the residents of Port Orange, amendments to the Land Development Code will be prepared and brought before Council for review. During this moratorium, the Community Development Department will work with the City Attorney’s office to develop and implement reasonable regulations that are legally enforceable.”

This moratorium, if approved, may halt many items brought before the Council including the change of use request by AT&T and other commercial ventures proposed in the last few weeks. The duration would be for three months initially, while Council members review and determine what amendments are necessary.

The motion does note that, “Applications received prior to the effective date of this ordinance may be received and reviewed. However, no permits or approvals shall be issued in violation of the moratorium on the issuance of development orders, building permits, zoning verification letters, special exception, conditional use, or change of use zoning approvals for communication towers, alternative support structures, antennas, and other communications facilities used in support thereof within the City of Port Orange.”

Tonight’s meeting will be the First Reading of this motion and requires no action by the Council. However, its not unheard of for Council Members to accelerate a decision.

Also, on the docket tonight is a review of the City’s flood insurance policies and carriers, and a city ordinance to encourage shopping cart retention and enforcement when cart theft occurs.