Shopping Carts Ordinance No. 201827 has been passed in Port Orange.

Due to this Ordinance having substantive revisions since its first reading back in October the amended Ordinance had to go through first and second readings. After much deliberation, continuances and revisions, last night’s City Council voted 4 to 1 to pass the Shopping Carts Ordinance No. 201827. At the last City council meeting on November 13, 2018 both BJ’s Wholesale and Lowes asked that the mandatory compliance be amended. Originally the ordinance read that it would be mandatory for all Port Orange stores that offer carts to their customers would now be required to have some kind of Barrier in place or be fined $50,000 a year. The ordinance would have required businesses to select one of four measures to prevent cart theft. 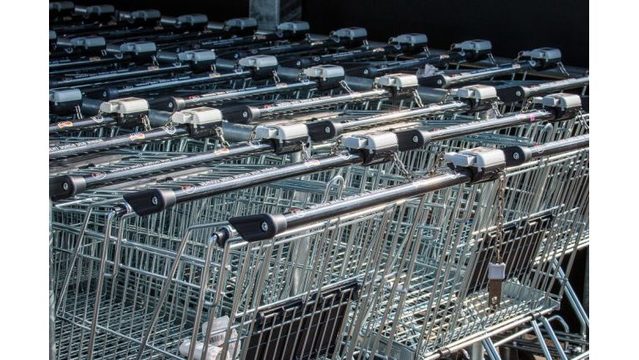 The options would include: Installing a cart-by-deposit system where customers pay to use the cart and get back their deposit at the end of their use, switching or adding an arm extension to prevent the carts from leaving the building, or a costly upgrade of carts that are equipped with wheel locks and barriers essentially locking up the wheels if the cart reaches an invisible perimeter.

In place of the mandatory compliance the revision are now as follows: The stores will now have 12hrs from the time that code enforcement calls them to go and retrieve their carts. There will also be no penalties implemented until the store has been called more than 10 times in a 1 year.

During the City Council meeting There was some debate between council members, Councilman Scott Stiltner remarked that after this was tabled last month on the very next day while driving from I-95 to Village Trail he counted 11 carts abandoned in various place. That very same councilman went on to say that some of the feedback he has been getting from residents is that aren’t there more important issues? His response was ”oh yeah, absolutely, but these are important to, all the little things add up to be big issues and this is a good starting point”. He continued with, "it would also stop some of the bad policies and help prevent a bad image for Port Orange and those are the little things that matter."

According to the City Manager, Jake Johansson there are a few big box stores that do a great job corralling they’re shopping carts most of them try, but some are better than others. He also made sure to note that one or two of the big box stores because of their proximity are the ones that end up chasing carts all day long. He also went on to say that the revision in the ordinance gives a little more latitude for those that are already in compliance. He continues to say that the council believes this ordinance will do a good job at getting people to go out and get their carts within the 12hr period.

After asking for pubic questions and/or comments, Lowes manager, Adam Millis and BJ’s General Manger, Matt Hughes thanked the council for listening and taking the steps to rewrite the ordinance to make it as fair as possible.

One of the Port Orange store owners wanted something in the ordinance holding the violator responsible and not placing all of the responsibility on the store owners. His idea was to somehow find a way to impose a fine to the violators by removing the carts from the store properties. The council offered to discuss it again at a later date.

Portorangeconnection.com has received many responses from residence about previous articles on this subject, it seems to be a controversial issue for local business owners.

Victim penalties
I am very surprised that the city decided to penalize the most violated victims of shopping cart theft (10 or more carts per year.) How does that help the situation in any way? The stores have no control over people who steal their carts. The stores are the victims and they did nothing to cause the problem. The penalty is especially egregious because the police will do nothing to penalize the actual criminals when they are found with a cart. Making the stores send an employee to retrieve their stolen property so quickly is penalty enough. I believe in punishing the criminals, not the victims. Clearly, the city of Port Orange feels just the opposite. Shame.
Author: / Wed, Dec 12, 2018 at 10:42PM
Add A Comment