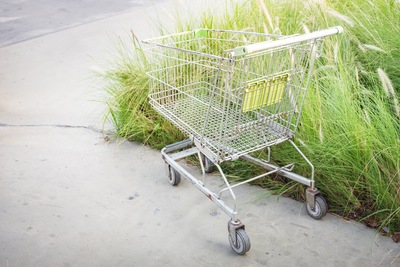 Port Orange, FL - At last month’s City Council meeting several council members requested more time to collect information before voting on, and potentially passing, an ordinance that would impact business owners as it relates to shopping carts being found abandoned throughout the city.

Tomorrow night the ordinance appears on the agenda for a second reading and a potential vote.

There was much discussion at the first reading where several operators of larger businesses spoke out in opposition of the ordinance the way it currently reads, as it will require business owners to take steps to contain carts from leaving the confines of their stores and parking lots.

Councilman Chase Tramont said at the last meeting that he was opposed to measures that place financial burdens on local businesses unduly.

“I’m not a fan of adding burdens to businesses,” said Tramont. “I think it’s a common sense and safety issue and we’re looking to correct behavior.”

The ordinance requires businesses to select one of four measures to prevent cart theft. The options include adding physical barriers, installing a cart-by-deposit system where customers pay to use the cart and get back their deposit at the end of their use, switching to carts equipped with an arm extension to prevent them leaving the building, or a costly upgrade of carts that are equipped with wheel locks and barriers in the parking lot that stop the wheels from turning if the cart reaches an invisible perimeter.

The City Council meets tomorrow night at 6:30 in Council Chambers at City Hall.

Shopping Carts
Stealing shopping carts is a crime, let?s punish the thieves instead of the businesses. This ordnance puts the burden on the businesses who are already losing money from the thieves!
Author: / Tue, Nov 06, 2018 at 4:16PM
Add A Comment